Solar power revolution flourishes in the southern states of India 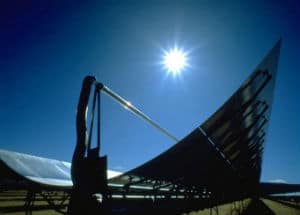 With the recent increase in solar power projects across India, Electronics Bazaar takes a deeper look into the solar market of various regions. We begin the series by focusing on the southern part of the country

Solar power generation in India has a bright future, and a major chunk of its healthy success can be attributed to the National Solar Mission. The mission has an ambitious target of making the country capable of producing 100GW of solar power by 2022 though the the government now claims that this can be achieved by 2020. And in line with this, there have been an increasing number of large-scale business expansions and agreements among the key players of the solar power sector in the country. Several big budget solar deals have been taking place in different parts of the country along with significant participation from the government. In a series of articles about the latest happenings in the Indian solar sector, Electronics Bazaar will focus on a particular region in each edition. In this issue, the focus will be on the southern part of the country, which has been making headlines for attracting most of the recent large-scale solar deals.

Andhra Pradesh, Telangana and Karnataka have been particularly active in this field. Starting with Andhra Pradesh, the biggest development in the recent past has been the memorandum of understanding (MoU) signed between the state government and the Ministry of Power for setting up three major solar projects in the state, which will generate a total of 2500MW of solar power. The projects will be undertaken by the National Thermal Power Corporation (NTPC). A solar power plant of 1000MW will be set up at Kadiri in Anantapur district with an investment of Rs 70 billion, for which land of 2.25 sqm has been allotted to NTPC. Another 1000MW project will be set up on 2.03 sqm at Panyam in Kurnool district by NTPC Vidyut Vyapar Nigam Limited (NVVNL). Besides these two, a 500MW solar plant will also come up at Galiveedu in Kadapa district on 12.14 sq km of land. Reports have also revealed that a 4000MW solar plant is slated to come up at Visakhapatnam.

Interestingly, it’s not only the government and public sector organisations like NTPC that have been active in the solar deals. Andhra Pradesh has also seen some private players entering the scene in recent times. The most prominent examples of this include the projects by Acme Cleantech Solutions Ltd and Welspun Renewables. The former will be coming up with solar plants with a collective capacity of 160MW across the Anantapur, Kurnool and Chittoor districts with an investment of Rs 12.5 billion. Welspun Renewables will be setting up a 1001MW solar photovoltaic project in Andhra Pradesh with an investment of Rs 7 billion.

Karnataka isn’t far behind in the solar race, as some major deals involving investments from global players have been inked in the state. The largest of them all was the MoU signed between SunEdison and the state government to set up solar power plants producing a total of 5GW. The immediate plan is to implement a capacity between 1000MW and 1500MW before December 31, 2016. US-based Convalt Energy also plans to set up a 1000MW solar power plant in Karnataka. The other major companies investing in the state are Azure Power, Welspun and Rays Power Infra.

Telangana is another southern state in the midst of a solar power revolution. The recent report of Tata Solar wanting to set up a 100MW solar power plant in the state underlines this fact. Solar companies are gradually getting interested in the solar energy prospects of Kerala and Tamil Nadu as well.

Looking at this recent surge in solar projects in the south, one starts to wonder what’s driving it. The industry had interesting and varied opinions to share on this. Sterling & Wilson Ltd is one of the largest engineering, procurement, construction (EPC) solutions providers in India with an installed capacity of 400MW, and is well placed to give an interesting peek into the Indian solar industry. Talking about the reasons for the recent spurt in activity in the solar energy space in this region, Bikesh Ogra, president – solar division, Sterling & Wilson Ltd, goes back to the initial activities in the Indian solar sector. According to him, the northern states of Rajasthan and Madhya Pradesh, along with Gujarat in the west, were the first to get a lot of attention from solar companies primarily because of the high irradiation levels in these regions. To balance this initial focus on the north and the west, and to create greater demand-supply equilibrium, the south of India is now getting all the attention. He also highlights the transparency in Karnataka’s solar policy, which has attracted investors. Pointing out another major reason, he says, “Telangana and parts of Tamil Nadu are power starved. They have been banking on wind energy as an alternative source of power but that is seasonal. There are only four months when power can be generated from strong winds, but for the rest of the year there’s a deficiency. Therefore, in order to create a proper blend and ensure equilibrium in power distribution, solar power has been given high importance.”

Sanjay Gupta, director, Rays Power Infra, voices an interesting opinion on the solar revolution in the southern states. He says that all the states in the south took the renewable purchase obligation (RPO) policy seriously. The policy states that even though conventional power will continue to be produced by the state power suppliers, 5 per cent of the state’s requirements need to be met through renewable sources of energy. In any case, the state governments are more keen on going in for renewable energy rather than conventional energy. Sanjay Gupta also gives more credit to these governments, saying, “Even though setting up solar power plants is relatively easy, the state governments have been giving more freedom to the private sector in this space. The central government is also playing its part in this by giving healthy accelerated depreciation (AD) benefits to the corporates.” This simply means that a company setting up a solar power plant can write off up to 80 per cent of its project costs in the first year itself as depreciation, when filing tax returns.

Karnataka, Telangana and Andhra Pradesh are being commonly viewed as the most investment-friendly states by the solar industry right now. Besides the various reasons given by industry insiders, the abundance of land can also be a major reason for this drive. To produce cleaner and greener solar energy, there’s a definite requirement for the appropriate scale and kind of land. These southern states have vast expanses of green land and a comparatively fresh environment, all thanks to the Western Ghats. But at the same time, these places are prone to a significant amount of rainfall, which could act as a major dampener for solar power generation at times. Interestingly, the amount of rainfall received in this region hasn’t seen a drastic change in the last few years.

Another aspect positively affecting the solar power sector in the south is the overall cost of setting up the solar projects. Bikesh Ogra says, “The cost of setting up a solar project is so dynamic in nature that it might change even by the time this magazine gets to the readers. It also depends on the size of a project. Right now, it ranges between US$ 90,000 and US$ 1,000,000 per MW.” Sanjay Gupta reveals that setting up projects in these states currently costs between Rs 60 million and Rs 65 million per MW, again depending upon the size of the project.

The final factor that nails the decision to set up solar projects in a particular region is the return on investment (ROI). Those in the industry reveal that the returns range between 15 per cent and 18 per cent in the southern states. So it is a combination of factors that is driving the solar energy movement in south India. What would be interesting to observe is how productive and profitable these projects eventually turn out, when commissioned. Comparing the benefits of the solar power projects in the south with other regions of the country would be interesting, which is what Electronics Bazaar plans to do in its upcoming issues.