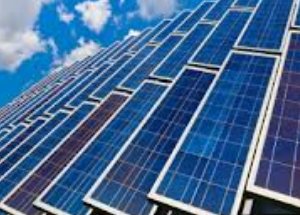 Thursday, March 27, 2014: Here comes another blow to the domestic electronics manufacturing as solar developers complain over the quality. Locally made solar cells come with poor quality, lesser efficiency and are more expensive than imported cells, complain the Indian solar power project developers, in an official letter to the government. They added that despite the claims of solar cell manufacturers, the actual numbers of available solar cells can support around 150 MW against the 800 MW.

The letter was sent from National Solar Energy Federation of India (NSEFI) to the Ministry of New and Renewable Energy (MNRE) and Solar Energy Corporation of India (SECI). The official document was sent to generate awareness among government authorities over the problems faced by developers under the national solar mission, which obligates to use domestic manufacture in their facilities falling in non-open category.

Recently, the government had announced to develop 375 MW of solar photovoltaic (PV) plants from domestic cells in the phase II of the Jawaharlal Nehru National Solar Mission (JNNSM).
To fulfil the domestic content requirement, 375 MW will be commissioned as non-open category out of the total 750 MW.

The solar developers, who are bidding under the JNNSM have also asked for viability gap funding, since under another mandate, the solar power generated from these plants will be sold to SECI at a Rs 5.45 per KWhr.

On the other hand, solar cell manufacturers assert that they currently hold stocks to support the production more than 800 MW of cells. But, solar developers have countered the claim saying many units are either closed due to financial constraints or cater via outdated equipments.