Betting big on Snapdragon 835 processors, artificial intelligence (AI), software and hardware, Google has launched Pixel 2 and Pixel 2 XL smartphones and a refreshed Daydream View Virtual Reality (VR) headset that will be available in India in November. 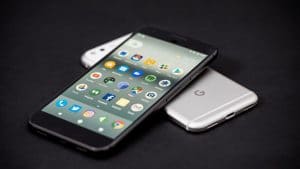 The pre-orders commence from October 26. The devices will be available in over 1,000 stores across the country and on Flipkart, starting November 1 (Pixel 2) and November 15 (Pixel 2 XL).

Pixel 2 comes with a 5-inch and Pixel 2 XL with a 6-inch Full-HD OLED displays with Portrait Modes on both rear and selfie cameras. Rated 98 by independent camera testers DXO, the rear camera comes with Optical Image Stabilisation (OIS) and Electronic Video Stabilisation (EVS) technology to remove shaky photos and videos.

Both phones come with “squeeze” interaction technology called “Active Edge” that opens Google Assistant, USB-C charger and front facing stereo speakers. The company claims it has the fastest fingerprint scanner in a smartphone.

The devices have Google Lens — a new set of visual features that help you learn more about the world around you and get things done.  Both phones have  4GB RAM. Though there is some bad news as the headphone jack is gone.