Under this project, the automation company will provide tools and resources to the program participants to help them set and achieve their own carbon reduction targets 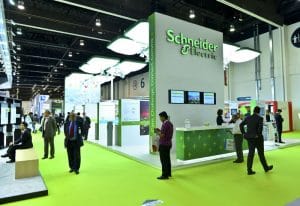 Aiming to reduce its carbon footprint, Schneider Electric has announced the launch of a project with its principal 1,000 suppliers called the Zero Carbon Project that would support its vision to reduce the carbon emissions from its operations by 50 per cent by 2025.

Olivier Blum, Chief Strategy and Sustainability Officer said, “Schneider aims to reduce scope 3 emissions by 35 per cent by 2030 but we can’t make this journey alone and we encourage suppliers to join us as they are an integral part of our ecosystem.”

Under this project, the automation company will provide tools and resources to the program participants to help them set and achieve their own carbon reduction targets.

Adding that these suppliers represent 70 per cent of the company’s total carbon emissions, the company said that the program will begin with the supplier having to quantify their emissions with the help of Schneider’s digital tools, after which that data will be used to set goals and strategies for emissions reduction.

This initiative comes in the wake of several companies getting ready to be accountable for the carbon emissions released as part of their operations that are contributing to climate change by launching missions that would help in reducing their carbon footprint.

The program will be supported by Schneider’s Energy & Sustainability Services division, which has partnered on similar supply chain decarbonization initiatives with its corporate clients, including Walmart, GSK, and the global Sustainable Apparel Coalition.