The board also appointed Amol Phatak, who is currently serving as the Director for Industrial Strategy Deployment, as Additional Director from May 1 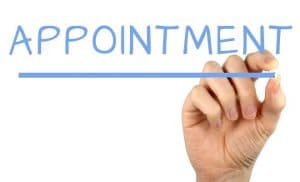 Sanjay Sudhakaran has been appointed as the Additional Director, Managing Director and Chief Executive Officer at Schneider Electric Infrastructure Limited for a tenure of five years starting from May 1.

Sudhakaran will be taking over the reins from current MD and CEO Bruno Bernard Dercle, whose resignation was approved by the board of directors under a comprehensive succession planning programme.

Currently, the Vice President of Schneider Electric Digital Energy Division, Sudhakaran has extensive experience of 25 years in multiple industries and cultural settings and has been associated with Schneider Group since 2019.

The board also appointed Amol Phatak, who is currently serving as the Director for Industrial Strategy Deployment, as Additional Director from May 1.

Phatak has about 32 years of work experience and had previously held leadership roles in Siemens, Areva and Schneider. He holds a degree in production engineering and executive management programme from the Indian Institute of Management (IIM) Bangalore.

The company has four manufacturing facilities in India spread over three locations: Vadodara (two units), Kolkata (one unit) and Chennai (one unit).