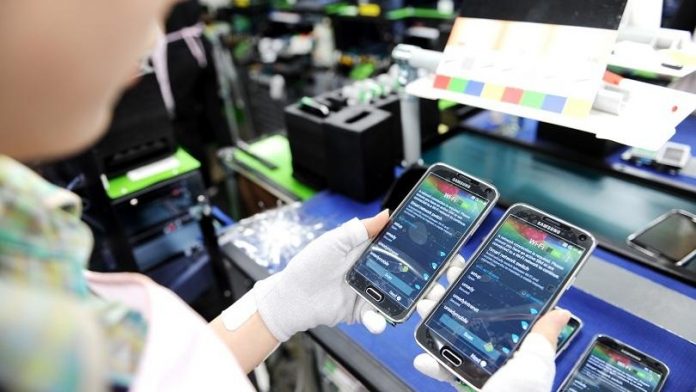 Samsung will begin production of mobile phones from its expanded facility in Noida this year, even as it plans to double its output by 2020. The move could help the South Korean company reduce the time to market, increase feature localisation, and wrest back consumer share, reported Economic Times.

ET further stated that the global electronics major, which has made its largest investment in India in expanding the manufacturing plant located in Noida, Uttar Pradesh, near Delhi, will also assemble printed circuit boards (PCBs) in this facility that would be its exports base in the future.

“We have invested about Rs 5,000 crore in doubling the capacity. All efforts are on to get the production started this year, which should start with mobile phones. Mounting of PCBs will also take place there,” said Mohandeep Singh, senior vice president for mobile business, Samsung India to ET.

The company has been assembling PCBs locally since 2006. It is confident about reaching the output target by harnessing a large and dedicated ecosystem it had already created in Noida, involving more than 120 suppliers and vendors. The company plans to make India a manufacturing and exports hub, with shipments to geographies including Europe, Middle East and Africa expected to kick off from 2020. Mobile phones, one of Samsung’s largest selling products, are likely to be the first to be exported from the additional facility.