The rupee’s appreciation against the dollar by four-five per cent has induced flat-panel television makers, especially those who make light-emitting diode (LED) TVs, to cut prices of their products, believes the market analysts. 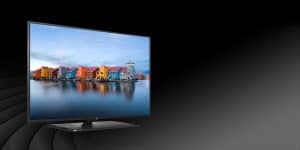 The considerable proportion of components used to make TV’s and appliances are imported, says market observers. Whereas, the Rising commodity prices globally, especially copper and steel, have resulted in manufacturers raising prices of home appliances such as refrigerators, washing machines and air conditioners.