Samsung, Intex and Rising Star are the top three Original Equipment Manufacturers (OEMs) in the country, according to CMR. 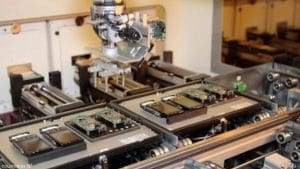 48 OEMs and 3rd party manufacturers made mobile handsets in India in Q4 2016. Remaining 140 ODMs supply to brands selling in India.

The report said Make in India program has not resulted in strengthening of domestic brands though it has encouraged manufacturing in India.

The Make in India program should have elements that attracts manufacturing and gives impetus, especially for local brands towards building a thriving ecosystem.