April 30, 2015: At a time when the potential of the Internet for economic and social benefit seems boundless, major issues loom that could affect the ability of billions of people—many of them in emerging markets—to get connected and participate fully in the digital economy. These issues, which range from building out a network that can support the growing and changing nature of usage and the rise of the Internet of Things, are explored in depth in a new World Economic Forum report—Expanding Participation and Boosting Growth: The Infrastructure Needs of the Digital Economy—prepared with input from senior executives and experts from all affected stakeholder groups.

Produced in collaboration with The Boston Consulting Group (BCG), the report looks at the most important challenges facing development of a healthy digital infrastructure for the years 2020 and thereafter. It examines the particular challenges of bringing the economic and social benefits of connectivity to emerging markets, which were home to 96 percent of all nonusers of the Internet in 2014, but also analyzes critical issues that affect all markets.

The new report builds on a 2014 World Economic Forum report that explored serious obstructions to the continued growth of the digital economy over the subsequent three to five years with a focus on the U.S. and Europe. Like that report, this one bases its case on the contention that all countries need dynamic digital-services sectors because they are important drivers of economic development: they create jobs, attract talent, and produce exports. The digital economy is growing significantly faster than the economy as a whole, and it is having a far-reaching social and political impact as well. However, the potential of the digital economy can only be realized if digital infrastructure keeps pace.

“Governments in emerging economies have been determining the specifics of their broadband access aspirations. This assessment should help develop a country specific operating and funding approach- one that is technology agnostic, provides incentives for investment and allows experimentation,” said Sunil Bharti Mittal, Founder and Chairman, Bharti Enterprises. “Countries could learn from the different models being used to connect the economically unviable regions.”

The report also points out that the changing nature of consumer and business Internet usage and the rise of the Internet of Things will have a significant impact on network infrastructure needs in both developed and emerging markets. It argues governments should support policies encouraging network investments to support future growth in Internet traffic—including the removal of barriers to the rollout of low-cost technologies such as small cells, experimentation with new commercial pricing models, and the rationalization of legacy regulations.

More than 1 billion people will move to cities over the next 15 years – and some 360 new cities with populations of 500,000 or more will emerge. Governments need to plan for these “smart cities” and deploy Information Communication Technology (ICT) infrastructure and set policies—including determining targets for long-term digital infrastructure investment and encouraging greater citizen engagement.

“The next 5 years are going to be critical for the future of internet and the required digital infrastructure.” said Navneet Vasishth, BCG Partner and Director. “The world needs to address challenges of bringing the next 1 billion people online, creating a robust infrastructure for the expected explosion in demand and create forward looking policies and ecosystem that allow the dream of 30 B + IoT devices to be connected and ensure that we create smart cities to improve quality of life for existing urban inhabitants as well as the additional 1B people who are expected to move to urban centres by 2030.”

As digital technologies become a more pervasive part of everyday life, there is a growing need to unlock consumer and industry value by removing barriers that prevent users from transporting and accessing their data—particularly their personal data and digital identities—while continuing to respect user privacy.

“The technologies exist to help resolve several of these issues, but some are hampered by out-of-date policies, legislation, and regulations,” said Wolfgang Bock, BCG senior partner and coauthor of the report. “There is a need for rationalization of legacy regulation, as well as experimentation with new commercial pricing models that can fund network investments without harming competition.”

The new report is the product of the second year of a World Economic Forum cross-industry initiative, launched in May 2013, to examine the ability of digital infrastructure to keep pace with the fast-rising demand being put on it. To ensure that the report reflects all relevant points of view, including those that often conflict, the steering committee and working group included network operators, digital services and applications companies, software companies, and hardware manufacturers active in the United States, Europe, Latin America, Africa, and Asia. Participants included representatives from AT&T, Bharti Airtel, Cisco, Facebook, Huawei, Microsoft, Qualcomm, Salesforce.com, and Telefónica, among others. 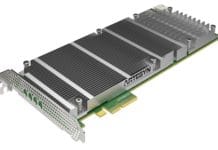