Mobile phone companies, network vendors and tower operators are keeping a close watch for any disruption in operations in the aftermath of Saturday’s deadly ransomware cyber attack that infected millions of computers in nearly 100 countries, including India, Russia, China and UK. 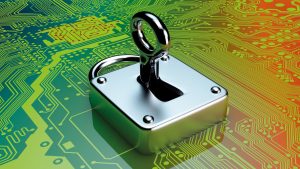 Top telcos informed there was no immediate impact of the global ransomware attack, but they are taking every precaution to keep the country’s phone networks secure and insulate them from potential malware attacks in future.

Saturday’s global cyber attack had reportedly leveraged hacking tools believed to have been developed by the US National Security Agency, that cripped computer systems in some 100 countries, wreaking havoc in UK’s health system and hitting global shipper FedEx.

The Cellular Operators Association of India (COAI), the lobby body representing the country’s top phone companies such as Bharti Airtel, Vodafone India, Idea Cellular and newcomer Reliance Jio Infocomm, informed nothing in terms of a networks disruption had been reported by any of its members in the wake of the ransomware strike.