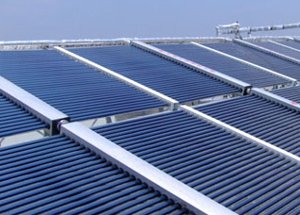 Monday, August 11, 2014: Solar developers in Rajasthan are facing the heat from the state government after it has scraped the incentive which was offered on land rates for solar projects. Now, the 400 megawatt solar power generation project is lying at the discretion of its destiny, which will further impact the investments in the state.

Last Monday, an order was passed by the government which stated that solar power developers will have to pay the DLC (Ditrict Committee Level) without any relaxation on the rate for the project site. Though the government is aiming at creating 25,000 MW capacity in next five years, they have amended their existing policy, creating worries for the developers. As per the older rule, land was allotted to developers at 10 per cent of the actual DLC rate. This rule was formulated to attract investments to the state and companies started planning about Rajasthan as the hot cake in solar projects as it has vast lands. Now immediately 10 power developers will be affected by this policy change as they have won 355 MW under the National Solar Mission’s (NSM) Phase-II, Batch-I auction. They have also signed agreements with Solar Energy Corporation of India and now awaiting land allotments.

On the other hand, Madhya Pradesh is offering land without any charges (minimum Rs. 1) to solar developers to attract further investments. In the previous rounds of the auction this state has not won a single capacity. But because of their industry friendly incentives the state has received 290 MW in the latest round of the NSM auctions.

Sunil Bansal, general secretary of Rajasthan Solar Association, said, “The myth that Rajasthan is by default the natural choice for solar power generation is nobody buying these days. Many states including MP, Gujarat, Tamil Nadu, Karnataka, Andhra Pradesh and Uttar Pradesh have positioned themselves as potential locations and have been in the forefront in attracting investments with investor friendly policies and incentives. Rajasthan needs to wake up now and smell the coffee.”