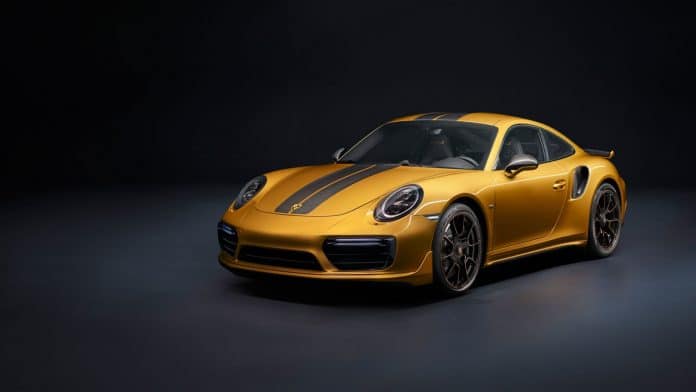 Porsche will develop a platform for electric sports cars and super cars that may also be used by Audi and Lamborghini. Called SPE, the architecture will be parent Volkswagen AG’s third purpose-built architecture for full-electric cars.

The first indication of the SPE platform plan was in a footnote in a capital markets presentation in November. A senior VW executive familiar with the plan confirmed that Porsche received the assignment to develop an EV platform “for two-door sports cars and supercars.” Key questions however remain unresolved as the first vehicles are not slated to emerge until after 2025.

VW executives declined to answer whether SPE vehicles would be equipped with an electric motor on each axle or even a third to offer faster acceleration. Nor could they comment on whether it might be designed specifically to employ space saving solid-state battery cells. This next-generation technology boasts higher energy density over conventional cells that use liquid electrolytes to transport lithium ions.

Executives would not comment on whether other brands had already begun to make plans for vehicles based SPE. A VW Group spokesman said it was much too early to provide further details. “We do not want to comment on future projects in detail at the moment,” he said.

Despite its small size, Porsche may be the furthest among its VW siblings when it comes to electrifying its fleet. Roughly 60 percent of all new Panamera sedans in Europe are sold currently as a plug-in, and by 2025 more than half of its volumes should have some form of electric propulsion.