The scheme approved 16 applications with an incentive outlay of Rs 36,440 crore in its first round 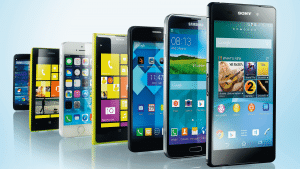 Under the production linked incentive (PLI) scheme for large scale electronics manufacturing, mobile manufacturers produced goods worth Rs 35,000 crore and invested Rs 1,300 crore in the December 2020 quarter, notified the Ministry of Commerce and Industry in an official statement.

Companies whose proposals have been approved include Samsung and Rising Star. Apple’s suppliers Foxconn, Wistron and Pegatron have also been approved.

“Apple (37 per cent) and Samsung (22 per cent) together account for nearly 60 per cent of global sales revenue of mobile phones and this scheme is expected to increase their manufacturing base manifold in the country,” read the statement.

Lava, Bhagwati (Micromax), Padget Electronics, UTL Neolyncs and Optiemus Electronics were among the Indian companies approved under the scheme. These companies, added the statement, are expected to expand their manufacturing operations in a significant manner and grow into national champion companies in mobile phone production.

A look at top stories of the week