In its 4G report, OpenSignal states that Bharti Airtel leads in terms of 4G speed with 7.53 Mbps and Reliance Jio leads with 96.70 per cent network coverage 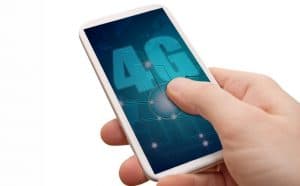 OpenSignal, a wireless coverage mapping firm, has stated that Bharti Airtel and Reliance Jio are the leaders in delivering 4G networks in India. It has brought out the competition between the two network providers stating that Airtel offers a 4G speed of 7.53 Mbps while Jio has a speed of 5.47 Mbps. Again, while Jio tops the charts with 96.70 per cent network coverage, Airtel is lagging with 73.99 per cent.

In a similar way, Airtel beats Jio in speed rate card as the telecom major has been investing on its network expansion by introducing some new plans in  Karnataka, Uttar Pradesh and Rajasthan while introducing MIMO (multiple inputs, multiple outputs) technologies in Kolkata.

The report highlights that Airtel has a possibility to improve its speed with a gradual 4G network expansion and shutting down its 3G services in the future. The network operator currently has a 4G and 3G download speed of 9.96 Mbps and 7.53 Mbps.

OpenSignal, in its report, has included the latency factor, which refers to the delay experienced while using the service, while determining the 4G providers. Jio, with the lowest latency of 72.20 milliseconds has beaten Bharti which has a higher latency of 86.53 milliseconds. Lower latency is preferred over the higher one as the former loads the web pages faster, making communication and online games experience a better one.

In OpenSignal’s 4G survey, Vodafone and Idea have ranked in the middle on almost all the parameters and with the merging of the two giants, the performance is expected to improve in the coming months.