January 14, 2015: With an already healthy growth rate in the micro small and medium enterprises (MSME) sector, Odisha government is looking to formulate a new policy for the development of the sector. Panchanan Dash, the state MSME secretary has said that the new MSME development policy will replace the one that was put into motion in 2009 and will pay heed to the opinion of all the stakeholders in the sector. With a growth rate of 32 per cent as against the overall national rate of 28 per cent in the MSME sector, Odisha has about 1.5 million MSME units providing jobs to about 3.3 million people as per the latest census. This clearly shows that the growth rate in the creation of job opportunities in the sector is 29 per cent in the state as against the national average of 26 per cent. The economic survey report 2013-14 states that in 2012-13, as many as 5,931 MSMEs had started their production in the state with investments totalling to Rs 4.329 billion and employing 27,104 people.

Since MSME is the second largest employment generation sector in the country after agriculture, Odisha’s state government has been organising trade fair under the banner of Odisha MSME Trade Fair for the last three years. The state government is even planning to set up a separate cell at the Odisha Small Industries Corporation Ltd (OSIC) for infrastructure development of the MSME sector. According to latest reports, OSIC is in fact preparing bye laws for the execution of the infrastructure projects for the MSMEs. Some officials have even revealed that since some large scale industries are favouring Odisha of late, the MSME sector will have a bigger scope of growth because of the ancillary units.

As both the state and the union government see the MSME sector as a potent one, the plan to formulate a new policy has come across as a welcome step. Recent reports state that Ramesh Mohapatra, president, Utkal Chambe of Commerce and Industry (UCCI) has said that the new policy must focus on providing an ease in doing business. 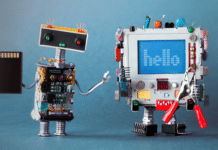 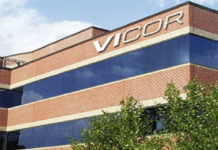