NTPC board has approved an investment of Rs 30.04 billion for Talaipalli coal mining project which has an estimated 18 million tonnes per annum capacity in Chhattisgarh. 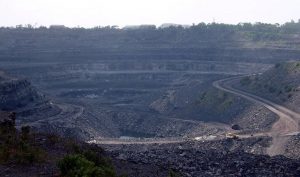 According to PTI, NTPC said in an statement that coal mining is integral to NTPC’s fuel security strategies. The state-run power giant realises that greater self-reliance on coal will go a long way in ensuring the sustained growth of power generation.

These mines have total geological reserves of around 7.15 billion tonnes. These blocks have a production potential of 107 mtpa catering to a requirement of 20,000 MW. Pakri-Barwadih has a block area of 46.26 sq km and a mine capacity of 18 mtpa with mineable reserve of 641 mt.