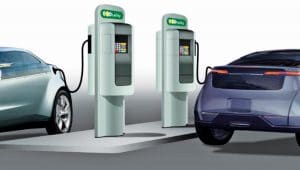 The EV charging station, installed at an IOC petrol pump in Greater Noida, is the first of many that NTPC and Indian Oil Corporation plan to install over the coming years.

The charging station has four points with fast and slow charging options, conforming to Bharat DC 001 and Bharat AC 001 standards.

For setting up a wide network of EV charging infrastructure, NTPC has entered into agreements with several fuel retailers as well as state government entities like Delhi Metro Rail Corporation.

In November 2018, the corporation also signed an MoU with several vehicle aggregators, including Ola, Zoom Car, Bounce and Shuttl for the same.

The government has also allocated Rs 10,000 crore for Faster Adoption and Manufacturing of Electric Vehicles (FAME II) scheme to encourage EV manufacturing and adoption in India.