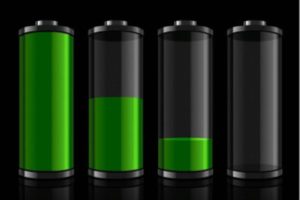 Nippon Shokubai Co., Ltd., headquartered in Osaka, has decided to begin facility design of new electrolytes “Ionel(TM)–Lithium bis (fluorosulfonyl) imide (LiFSI)” for lithium-ion batteries by setting up the “Ionel Construction Team” on first October, 2020. This has been done to construct new manufacturing facilities annual production capacity; 2,000 tons (located in Nisshoku Techno Fine Chemical Co., Ltd.) using its own process. It made this decision as current production capacity, the annual production capacity of 300 ton, is insufficient for the increasing demand.

Commercial production at the new facilities is scheduled to begin in the spring of 2023. The company aims to achieve sales of over 10 billion yen by 2024. As the LiFSI market is expected to expand globally, it is considering new plant investment in Europe to meet demand after 2025.

Demand for Ionel(TM) is increasing mainly in Asia

The use of Ionel (TM) as the electrolyte of lithium-ion batteries for EVs significantly improves the cycle characteristics, rate characteristics, and storage stability of batteries over a wide temperature range from low to high temperatures. Hence, Ionel(TM) is used not only as an additive in electrolytes but also as main salt in electrolytes. Demand for Ionel(TM) is increasing mainly in Asia. The company said that demand for Ionel(TM) is also expected to expand as it improves the performance of next-generation innovative batteries such as all-solid-state batteries.

The company said that LiFSI is difficult to achieve high purity, and its production and quality control require a high level of know-how. Nippon Shokubai has established a technology to stably produce 2,000 tons of LiFSI per year by utilizing its production technology developed so far. It added that Ionel(TM) is high-purity LiFSI protected by the company’s patents.