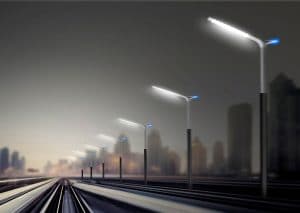 According to PTI, the companys Director (Operations), G Sekar announced that Zeta G Plus Solutions India Pvt Ltd introduced 14 types of products initially, for the Coimbatore market, and will expand to other districts in the coming one year.

With an initial turnover of Rs 50 lakh, the company wants to achieve Rs 50 million in the first year, by 2017, since the market size for LED luminaries is about three billion dollars, growing by 10 to 14 per cent annually, Sekar noted.

The company wants to capture at least 10 per cent to 15 per cent market share in Tamil Nadu in the first year, he said.

On the technology front, Sekar said, The companys attempt to minimize harmful effects of blue spectrum in the LED light engine was the key differentiator, when compared to existing range of LED lightnings in the region.