The important measures taken by the Government in the Foreign Trade Policy 2015-2020 to include ‘Make in India’ and ‘Digital India’ programmes to ease the trade are:

(iii) For reward schemes and duty exemption schemes, hard copies of applications  and specified documents which were  required to be submitted earlier have now been dispensed with.

(iv) Landing documents of export consignment as proof for notified market, can now be digitally uploaded.

(v) There will be no need to submit copies of permanent records/ documents repeatedly  with each application, once the same are uploaded in Exporter/Importer Profile.

The Foreign Trade Policy 2015-2020 introduces two new schemes, namely, ‘Merchandise Exports from India Scheme’ (MEIS) for incentivising export of specified goods to specified markets and ‘Services Exports from India Scheme’ (SEIS) for increasing exports of notified services from India. The scrips can be used for payment of customs duty, excise duty and service tax. All duty credit scrips issued under both the schemes and the goods imported against these scrips are fully transferable. Further, e-Commerce exports of certain specified employment creating sectors, made through courier or foreign post offices, have been supported under MEIS.

This information was given by the Minister of State (Independent Charge) in the Ministry of Commerce & Industry Nirmala Sitharaman in a written reply in Rajya Sabha. 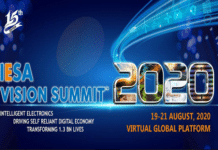