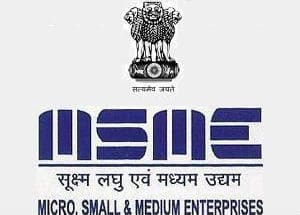 May 15, 2015: India currently faces severe challenges caused by rural-to-urban migration. This looming crisis is compounded by the lack of state support to MSME start-ups. To help eradicate these two critical issues, the Uttarakhand government has taken an initiative and launched a micro, small and medium enterprises (MSME) policy, defined by the diverse needs of different regions of the state

With the intention of putting a stop to outward migration, boosting entrepreneurship and to bring about comprehensive overall development in the state, particularly the remote and flood hit areas, the government of Uttarakhand has announced its maiden micro, small and medium enterprises (MSME) policy.

The policy includes a number of incentives like a subsidy on capital investment, an interest subsidy and value added tax (VAT) reimbursement. The policy will stay in force until March 31, 2020, although the incentives that fall under this policy can be utilised till March 31, 2025.

Speaking exclusively to Electronics Bazaar, Sudhir Chandra Nautiyal, additional director, Directorate of MSME, Uttarakhand, says that measures are being taken to develop a strong electronics manufacturing ecosystem in the state, and major incorporations have been made to the policy for this purpose. He adds that although regions with ports are seen by companies to be more convenient than hilly areas, the incentives that the state’s MSME policy offers are attractive enough to lure major investments to this region.

It is clear from Uttarakhand’s MSME policy that it is working towards boosting the electronics manufacturing base in the state, in line with the ‘Make in India’ campaign.

“We are targeting a growth rate of 15 per cent, year-on-year, in the MSME sector in Uttarakhand,” Nautiyal adds.

Apart from these incentives, Category A MSMEs will get their entire VAT reimbursed during the initial five years after the commencement of production and 90 per cent reimbursement in the next five years. MSMEs in Category B, apart from getting full VAT reimbursement for the first five years, will receive 75 per cent reimbursement for the subsequent five-year period. Categories C and D will not get any VAT incentives. All the categories, except D, shall be exempt from paying stamp duty. MSMEs in Category D will have to pay 50 per cent stamp duty.

As per the policy, formulated by the department of MSMEs and the Industries Association of Uttarakhand (IAU), which represents the interests of MSMEs, the state government will render support to create the infrastructure, facilitate the cluster development schemes of the Centre, set up small tool rooms and build up a land bank so that land can be provided to MSMEs at a concessional price. The policy also focuses on skills development among the youth of the state.

Employment at the helm

Creating employment opportunities in Uttarakhand is the topmost priority for the state. There are a lot of initiatives focused on boosting employment in the area to stop the outbound migration of the youth. Nautiyal says, “We aim to develop the remote hilly regions and bring them on par with the plains, in terms of development. We are promoting small entities in remote areas in order to provide local employment. One of the prime areas of focus is to develop local employment opportunities so that skilled youth of the state do not move out. We are also promoting local entrepreneurship. Additionally, we aim to generate employment to over 200,000 young people in the coming years.”

In order to monitor the implementation of this policy, an authorised committee headed by Harish Rawat, chief minister of Uttarakhand, is being set up.

This policy will boost existing MSMEs, as well as provide a platform for the new ones to emerge, thus ensuring the overall growth of the state.