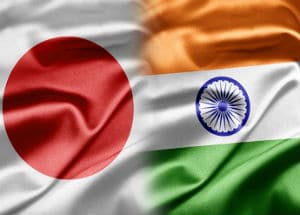 Thursday, September 04, 2014: Prime Minister Narendra Modi has encouraged Japanese business firms to invest in India with a promise that they will receive a red carpet welcome in the third largest economy of Asia where investors always get huge business opportunities. Modi delivered a speech to Japanese businessmen and investors at a meeting by Japan External Trade Organization (Jetro) and Nikkei in Tokyo.

In India, import of petroleum products is followed by electronic commodities, which makes it a country of big business opportunities for Japanese businesses, said Modi. Investment in Indian manufacturing has been especially encouraged by Modi as the main advantage lies in India’s low-cost manufacturing facilities. The PM said that India has been a “God-gifted location” for further reach to global markets. Modi said in his speech, “In India, we now have such a government that is working for development and wants to promote manufacturing.”

Just a day before, Modi told Nippon Keidanren, the Japanese Chamber of Commerce and Industry and the Japan-India Business Cooperation Committee that a team of official set by him will work upon fast-tracking big-ticket Japanese investment in India. Modi along with his Japanese counterpart Shinzo Abe announced the Japan-India Investment Promotion Partnership. This partnership means the countries have “decided to set a target of doubling Japan’s foreign direct investment (FDI) and number of Japanese companies in India within five years as an objective to be jointly achieved”.

Modi hinted at better economic growth in India in the coming years. He said, “I have come to assure you that there is no red tape but red carpet in India. We have eased off lot of regulations.” Modi added that India is a heavily resourceful country when it comes to IT skills while Japan specialises in hardware, so, Without Japan, India is incomplete and without India, Japan is incomplete.”