Mobile phones worth Rs 900 billion were produced in the country last fiscal, while imports of handsets stood at USD 3.7 billion (about Rs 243.64 billion) during the period, Parliament was informed on Friday. 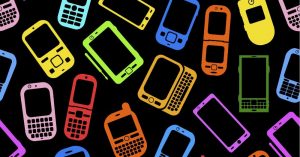 India, which is one of the largest telecom markets globally, has seen production of mobile handsets grow at a steady pace over the past few years.

The minister said all major brands (both foreign and Indian) have either already set up their own manufacturing facilities or are in the process of doing so.

These factories are located in regions like Andhra Pradesh, Delhi, Haryana, Uttarakhand and Himachal Pradesh.

To promote indigenous manufacturing in India, the government has introduced differential excise duty on cellular mobile handsets in the Union budget of 2015-16, Sinha said.