Indian mobile phone brands are reviewing their feature phone strategy after the Centre has made it mandatory for them to embed GPS in every device. 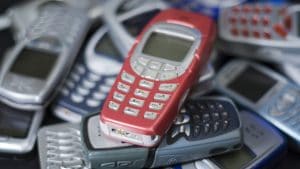 According to the Business Line, Pankaj Mohindroo, President, Indian Cellular Association said that they may have to discontinue selling feature phones. Mohindroo has been campaigning with the Centre to review the policy aimed at enabling security agencies to pin point location of specific users when required.

In a recent notification, the Centre has said that all phones should have GPS by January 2018. The problem, however, is that adding this technology would push up the cost of feature phones making it comparable to a low-end smartphone.

A feature phone is a basic phone with simple features. The phone has a limited memory and basic features like contact storage and text messaging. Installing GPS in a feature phone would mean addition of GPS Integrated Circuit which is possible, but challenging for feature phone makers since it would mean changes in the phone configuration. Therefore, the industry had proposed an alternative technique called Assisted-GPS or A-GPS system, which uses mobile towers located in the area to trace the user’s location and does not require changes in the configuration of the feature phone.

Mohindoroo added that government agencies like the Crime Branch use the A-GPS technology for tracing locations so, it can be accurate. However, the Centre has rejected the alternative proposal and has insisted on GPS.

Other phone companies like Karbonn Mobiles are already in talks with the GPS providers to find optimum solutions in terms of both hardware and software.