Memory Giant, Micron Commits to invest in AI as they believe that this can drive great demand in memory and storage products. 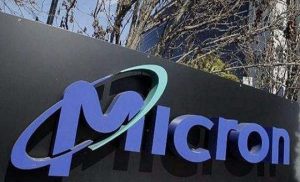 During inaugural Insight conference in San Francisco, Micron executives, along with other executive of big tech companies like Microsoft, Amazon explained AI as the leading trend in driving an explosion in memory and storage needs, and announced their $100 million investment plan in the leading technologies – AI and machine learning.

The US-based memory chip maker believes that it can gain more profit from the business of memory chip by expanding its work area in artificial intelligence, because their field deals with huge amount of data handling that needs to be stored on their product.

“The Idaho-based memory chip maker launched a corporate venture capital program more than a decade ago, but its investments until now had been “very sporadic” and “very close to our core business” of making chips.”- said by Sumit Sadana, Micron’s chief business officer.

“Over the course of the last several years, the technology has advanced such that hardware is becoming the essential disruptor,” said Micron’s CEO Sanjay Mehrotra. “This is what we mean by intelligence accelerated: the data center, devices at the edge, and AI and algorithms creating new worlds that we never would have imagined. Data and data storage is very much at the heart of these trends.”

The funds will be invested in both hardware and software startups. Micron also stated in the conference in San Francisco that Micron Foundation, nonprofit part of Micron, will provide $1 million fund to the universities and artificial intelligence research. And a fifth of the funding will go to the organizations led by women and other groups with inadequate resources.