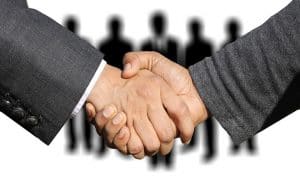 The Chattisgarh government has awarded Rs, 1500 crore order to a consortium of mobile device maker Micromax and telecom giant Reliance Jio. The motive is to distribute 50 lakh smartphones to the state’s women and students.

Vikas Jain, Micromax co-founder, said that around 15 warehouses in the state were to cover the project to ensure timely distribution of 45 lakh smartphones to women and 5 lakhs to students. He also informed that 10,000 camps were being organised and that the deliveries had already begun. The beneficiaries will be chosen by the state government. A configuration of 1 GB RAM/8GB internal memory with a 4-inch display has been fixed for the devices to be distributed among the women, while the students will be getting a 5-inch display and 2GB RAM/16GB internal memory.

The company has employed a strength of around 2000-2500 staff temporarily for the partnership project called SKY with the Chattisgarh government. Alex Paul Menon, Chhattisgarh Infotech Promotion Society CEO said that the Sanchar Kranti Yojana (SKY) was launched to reach out to the women of urban below poverty line (BPL) families, rural areas and youth with an aim to offer a digital experience using the smartphones.

The goal is to accelerate economic development in Chattisgarh by making the people digitally empowered.  The consortium of Micromax and Reliance Jio were awarded the order to supply smartphones to the project as it turned out to be the lowest bidder. The Chattisgarh Infotech Promotion Society (CHIPS) revealed that earlier, two failed attempts were made by a consortium of Micromax, Reliance Jio and Lava Airtel.

The handsets to be provided are priced at Rs 2,509.92, a cheaper rate as compared to other phones with the same features. A 4 month’s target has been set for the distribution of the smartphones.