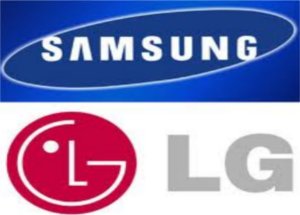 Tuesday, December 16, 2014: The Government of India has extended an invitation to South Korean giants like Samsung Electronics and LG Electronics, Inc. to establish their manufacturing set up in India. The minister of communications and information technology, Ravi Shankar Prasad explains it to be the part of country’s ‘Make in India’ initiative.

While addressing the golden jubilee celebrations of the Computer Society of India, Prasad said, “We are promoting all the big guns like Samsung and LG to come to India in a big way under ‘Make in India’ programme.” Further adding, “Come to India, establish premises, use human resources, technology and talent of young people to make in India for India and also for exports.”

He noted that the Modi government aims at establishing 20 manufacturing clusters and said that the states will benefit financially if they provide 50 acres of land each for the clusters. India is putting all possible efforts to transform the country into a smart digital nation. Cisco Systems, a multinational networking giant, had established its ‘Cisco Smart City’ in Bengaluru during last October. It is spread across the area of 2.6 million square feet and is perhaps developed to explore new concepts and technologies for the ‘Internet of Things’.

Inspur Group, the China based information technology company, said that it plans to collaborate with the Indian government on its smart city project. Also, the Chinese tech giant Xiaomi, Inc. also has plans to commence its manufacturing operations in India soon.