M&M had already invested Rs 1,700 crore into developing its EV business in India, along with focusing Rs 500 crore on a new R&D centre at the same time 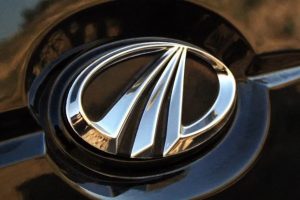 Mahindra and Mahindra (M&M) will be investing an additional Rs 3,000 crore over the upcoming three years in its electric vehicles business, said a company executive. The auto giant, which has operations around the globe including Detroit and Italy, looks forward to using such capabilities to develop an EV platform.

During this period, M&M will also be focusing on building more alliance and partnerships in the EV vertical, with its CEO and MD Anish Shah quoting EVs to be “the future”.

In a conversation with PTI, Shah added, “We already have one alliance. We have announced an MoU with REE (Automotive) which is an Israeli company. This is for smaller trucks and commercial vehicles. And we will have other alliances on the EV side as well. So we are very open to alliances but it is more for the future.”

On whether the future alliances would be technology or equity partnerships, he said, “We are open to all sorts of possibilities at this stage but at this point, it is too early to say because we will have to have a lot of conversations. Once we do that, we will have a better sense.”

M&M had already invested Rs 1,700 crore into developing its EV business in India, along with focusing Rs 500 crore on a new R&D centre at the same time.

The company aims to send out 5 lakh EVs on the Indian roads by 2025, in light of which it has also invested in a new EV manufacturing unit at its Chakan plant.