Mahindra & Mahindra (M&M), which had quoted a price 18% higher to Tata Motors in the country’s biggest tender for 10,000 electric cars, has agreed to stretch itself and match the price offered by its rival. Accordingly, the company will now be able to supply 150 eVerito sedans in the first phase of the tender while Tata Motors will supply the remaining 350 electric Tigors. It is not immediately clear at this point how the second phase order of 9,500 units will be split between the two companies. 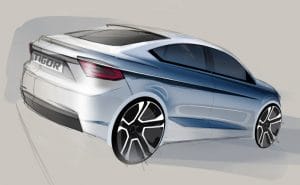 The tender had provided for an order split between the lowest and the second lowest bidder in certain ratios. M&M has agreed to match the lowest bidding pricing for first phase (of 500 vehicles) and has therefore, qualified to supply 150 electric vehicles, as per the tender conditions, EESL which floated the tender said in a statement on Wednesday. The delivery date for first phase is 30 November. The purchase orders for supply of 9,500 electric cars in second phase will be issued on completion of first phase deliveries.

Anand Mahindra, executive chairman at M&M, had called Tata’s pricing of electric Tigor ‘terrific’ in a tweet after the competitor emerged as the lowest bidder quoting a price of Rs 10.16 lakh for its electric Tigor sedan. M&M had quoted a price of about Rs 12 lakh for the electric Verito. “Delighted that revolution in the EV (electric vehicle) market has begun. With more players, the market will expand,” Mahindra had said. The company recently partnered with American car maker Ford to work together on electric vehicles among other things.

With this specific initiative, EESL seeks to create the market for electric vehicles, a technology which is poised to boost e-mobility in the country, through its unique business model of aggregation of demand and bulk procurement. EESL plans to source electric cars and lease them to the government departments and offices. Most of the cars used by these departments are leased.

Initially, this exercise will be done with offices and departments of power ministry and power public sector units in the national capital region. EESL is expected to come out with more bulk tenders for electric vehicles.