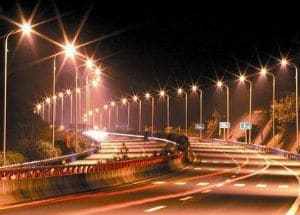 May 20, 2015: In an attempt to make optimum use of clean energy and reduce the dependence on electricity, the city of Kolkata will soon have streetlights powered by solar energy. This was announced by West Bengal chief minister Mamata Banerjee. A pilot project was undertaken at Deshapriya Park in Jadavpur Constituency by the Kolkata Municipal Corporation (KMC) recently. Taking inspiration from the success of this project, KMC has now decided to install solar panels in street lights across the city and connect them to the main conventional power grid that runs Kolkata and its suburbs.

Commenting of the benefits that this project can offer, KMC mayor, Sovan Chatterjee said, “It will also help people breathe better quality air — with lesser amounts of the deadly carbon emissions. This will help us in saving money too.

Kolkata’s street lights consume around 10MW of electricity in an hour. Besides, the shifting of power to solar energy can do ample amount of goodness for the city’s environment as Kolkata’s power consumption causes the emission of at least 7000kg of carbon dioxide every hour as the power comes from the burning of coal in the city’s thermal power plants.