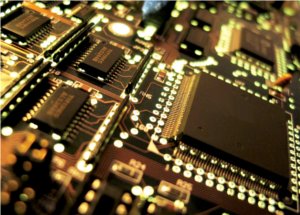 Tuesday, June 24, 2014: The project proposal of Rs 2,500 million, submitted by Kinfra which was approved by the Department of Electronics and Information Technology is making progress. Kerala Industrial Infrastructure Development Corporation (Kinfra) has reportedly submitted detailed report of the project to the department for developing electronics cluster manufacturing plant in Kochi.

Computers and tablet PCs, mobile handsets and accessories, telecom equipment, set top boxes, LEDs and CFLs, industrial electronics, semiconductors, memory cards and other consumer electronic products are to be manufactured at Kinfra’s new center which is being established on 75 acres of land owned by Kinfra at Kakkand. The project was taken up under the national electronics policy for 2012 scheme.

According to officials, the project should start operating at the new plant within two years after getting final clearance from the Union government. The clear advantage to the investors is, the land for cluster is in possession of Kinfra. HMT Township and Cochin University of Science and Technology are within 5km radius of the site. The proposed site is 26 km from Cochin sea port and 25 km from Cochin international airport. This site is accessible through PWD road which connects Aluva and Kalamasserry. The site is adjacent to infopark and Smart city area. Water, power and basic needs are available at the site.

Sufficient man power would be available for operation of the cluster, along with over 80 engineering colleges.