New and old telecom operators were again at each other’s throats on Monday with Reliance Jioaccusing incumbents of milking the sector using borrowed money while the older players blamed free voice and data offering by the Mukesh Ambani firm for financial woes of the sector. 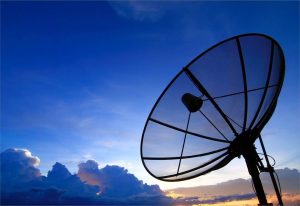 As an inter-ministerial group (IMG) began hearing operators on reasons for telecom sector being dragged towards loan defaults, Jio launched a scathing attack on Airtel, Vodafone India and Idea Cellular accusing them of cartelisation and blaming financial woes on their reluctance to use equity for investing into new technology.

While the ‘big three’ will make presentations to the IMG on June 16,Reliance Communications has said that FY17 was the first time since inception that the industry’s revenue and operating profits declined, primarily because they were forced to match free offerings of the newcomer with deep pockets. Jio, on the other hand, blamed the incumbents for the financial woes saying they stretched the balance sheets through extensive borrowings without bringing in any equity money.

While the Mukesh Ambani-owned firm blamed availability of easy credit to buy spectrum for worsening the situation, other operators said reduced cash flows were hampering capacity of telecom companies. Jio, run by India’s richest man, said that the incumbents need to infuse Rs. 1 lakh crore to Rs. 1.25 lakh crore immediately, as well as spectrum liabilities need to be paid upfront instead of deferred payment route.

RCom’s policy prescription to the government included reduction in licence fee to five percent and one percent flat spectrum usage levy along with a three-year moratorium on these payments. The debt-ridden RCom – which recently got a seven-month reprieve from lenders to service its huge debt – also wants the period of repayment for deferred spectrum charges to be extended to 20 years which is the life of the spectrum.

Telecom PSUs Bharat Sanchar Nigam Ltd and Mahanagar Telephone Nigam Ltd will be meeting the IMG on Tuesday, while Airtel, Vodafone and Idea are slated to make presentations before the government panel on June 16.