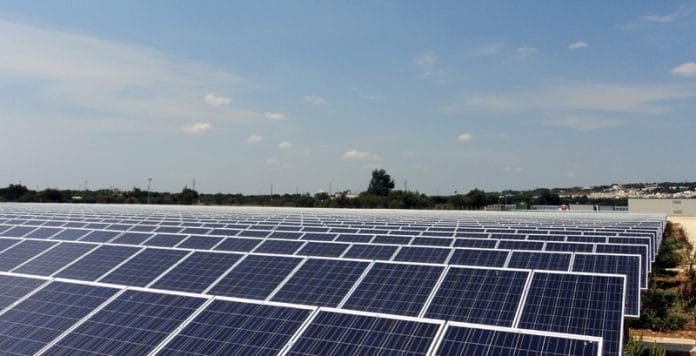 Jharkhand has set a target of producing 1200 MW of solar energy by 2017. The state completed the process of inviting developers through competitive bidding process and solar energy parks would be set up in 45 sites across the state, this was said by D K Tewatia, Director of Jharkhand Renewable Energy Development Agency (JREDA).

Plants of over 100 MW to 500 MW was not possible due to non-availability of land, he said adding, the small capacity plants would be set up on available private land and the proposed plants would be commissioned between June and December, 2017.

“The government has proposed to set up small solar power plant on 93 government buildings including hospitals. The government is in the process of preparing Net Metering Regulation to implement the solar energy scheme and expected to be ready in the next two to three months time,” Tewatia told PTI.

The National Solar Mission has set a target of deploying 1.75 GW of renewable energy by 2022 and this initiative of the state is a positive move to meet the target.

India to be ready with 5G roadmap by June: Telecom Secretary...