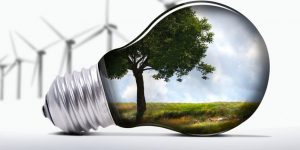 Jaipur and Bengaluru have made it to the list of top 10 smart renewable cities in the world. Accounting and consultancy firm, Deloitte has prepared the list as part of its ‘Global Renewable Energy Trends’ report.

While Jaipur was ranked at the third position, India’s IT-hub Bengaluru bagged the sixth rank. Deloitte’s report regarded the pink city as a nationally-driven SRC, rooftop solar powering of infrastructure being the city’s main SRC initiative. Jaipur recently took up a project of installing rooftop solar panels in eight metro stations along the 9.25 km-long corridor between Mansarovar and Chandpole. It also said that Jaipur and Bengaluru had a wind and solar shares of 30 and 10 per cent respectively in the annual electricity generation.

With several upcoming energy projects backed by technology, India is gradually stepping towards transformation. The experts, however, believe that to develop a suitable technology for renewable energy projects poses a challenge.

San Diego, Los Angeles, Hamburg, Toronto, Santiago, Seoul, Tainan (in Taiwan) and Paris are the other smart renewable cities. US city San Diego was reported to be the global leader, boasting a wind and solar share of over a third of its electricity generation. It has been reported to set a 100 per cent target to accomplish by 2035.

The concept of smart renewable cities revolves around the solar and wind powers to achieve smart city goals. The idea is to make efficient use of the renewable resources with the blend of technology.

Deloitte’s ‘Global Renewable Energy Trends’ report has pointed out that smart renewable cities have solar and/or wind power and a plan to manage their infrastructures with technology and data analytics. The number of SRCs are rising gradually all over the world.