The Indian Space Research Organisation (Isro) is planning to double the launch frequency of satellites built by it by scaling up outsourcing to industry to meet growing demand, reported TOI.

Mylswamy Annadurai, the director of Isro Satellite Centre (ISAC), the prime agency for realising satellites for the Indian space programme, said Isro now launches nine to 10 spacecraft built by it per year. 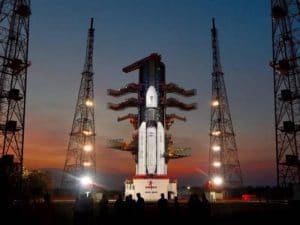 “Requirements have gone up. We also have to fill up the backlog. We are targeting to double the launch frequency to 18 per year from 2018-19,” Annadurai told PTI.

He said Isro’s experience with the industry has been reasonably good, and vendors are “very enthusiastic” in increasing their contribution to the space programme.

Isro Chairman A S Kiran Kumar said the space agency does as much activity as possible with the industry.

The chairman said 80 per cent of work relating to launch vehicles (rockets) is done by the industry, whose contribution to the building of satellites is in the range of 30 to 35 per cent.

The Isro, Kiran Kumar said, is also looking at the possibility of building a PSLV in a joint venture with a set of industry partners by 2020-21.

“Processes are on. We have to go through a number of clearances, submitting to the government and getting clearances. We are working on that,” he said.

He said Isro is addressing to resolve bottlenecks in increasing the launch frequency of satellites.

The English daily reported, Isro has been associated with more than 500 small, medium and large-scale industries while implementing various space programmes. So far it has transferred about 300 technologies to Indian industries for commercialisation.

Reacting to this, Additional Secretary of Ministry of Electronics & IT, Dr Ajay Kumar said, “Isro plans to scale up outsourcing, double satellite launches. Great work by @isro creating big opportunity for @makeinindia in #electronics.” He shared a tweet.