Foxconn Technology Group, the largest assembler of iPhones for Apple, intends to reduce 20 billion yuan (US$ 2.9 billion) from its expenditure next year as it is facing a hard and competitive year, reported Bloomberg, citing an internal memo of the company.

The iPhone business of the company will require to cut expenses by around 6 billion yuan in 2019 and it is planning to remove nearly 10 per cent of its non-technical staff, as per the memo.

In the last 12 months, the company’s spending was around 206 billion new Taiwan dollars (US$ 6.7 billion).

This move by Foxconn is likely to further fuelled the concerns surrounding Apple and its suppliers for iPhone, its flagship product. Last week, four suppliers of the American major on three continents reduced their revenue estimations due to weak demand for the latest iPhone models.

Taipei-based technology group assembles everything from Apple Inc’s iPhones to Sony Corporation’s PlayStations at its units in China and across the world. The company has been hit by a declining market for smartphones. On the other hand, trade tensions with the US further add to uncertainty across the globe. This month, Hon Hai Precision Industry, Foxconn’s flagship company, posted earnings which were around 12 per cent lower than the estimates.

According to the memo, the Taiwanese multinational will conduct a thorough review of the managers having a compensation of over US$ 150,000 annually. In addition, the company is planning a reduction of 3 billion yuan in expenses at its Shanghai-listed branch – Foxconn Industrial Internet Co.

Meanwhile, Apple has revamped its strategy as its smartphones sales volume growth has slowed down. The iPhone maker can charge more prices for its handset and pull in more revenue from its services such as digital videos, data storage and streaming music. 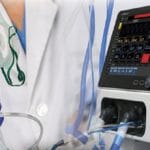