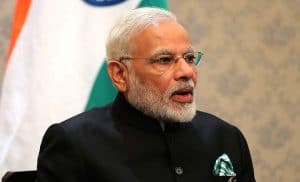 India is moving rapidly towards “Industry 4.0” because of inventions in the field of technology like Artificial Intelligence (AI), Internet of Things (IoT), 3D printing and robotics, Prime Minister Narendra Modi said while interacting at the Business Forum Summit in Tokyo, Japan on Monday.

Modi, who reached Tokyo on Saturday for his annual summit with his Japanese counterpart Shinzo Abe said the ‘Make in India’ programme is making India a global hub for electronics and automobile manufacturing.

The Indian Prime Minister also highlighted “low cost manufacturing” in India as a major benefit for businesses and invited Japanese businessmen to engage more with India to speed up the investment process in New Delhi.

Modi said the Japan-backed Delhi-Mumbai industrial corridor project was on track because of Tokyo’s collaboration.

On the IT sector, he said that the partnership between India’s software and Japan’s hardware sectors can do miracles.

Modi noted that India was at the World Bank’s 140th position in ‘ease of doing business’ when he took charge in 2014, but now India has reached the 100th position and his government is  still working towards improving the ranking.

He emphasised on Japanese contribution in creating smart infrastructure to build a ‘New India’.

Coordination between India and Japan in the field of electric mobility would benefit both the countries, he said.

This is Modi’s 12th meeting with Abe since he first visited Japan as prime minister in September 2014.