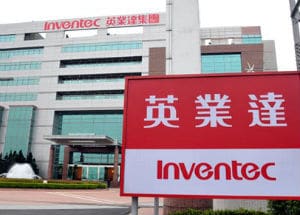 February 11, 2015: The Taiwanese contract electronics manufacturer, Inventec, is planning to set up a manufacturing facility in India. The facility is expected to come up in Chennai and if rumours are to be believed, the unit will manufacture Xiaomi phones for the Indian market.

The plans of setting up are based on the high demands pouring in from India for the Chinese phone brand’s products and also Inventec’s plans to expand its capacity to manufacture mobile phones.

The plant will be owned by Inventec and Xiaomi in initial stages will provide with necessary resources to help set up.

The manufacturing capacity of the unit and what capacity will be allocated to Xiaomi has not been shared yet.

Its mobile assembling facility is in Nanjing City in China. The capacity of which currently is 8 million units per month and expected to reach 10 million units by the end of 2015.

While, Xiaomi, which has seen multifold growth in five years of its operations, is a mobile internet company dedicated to creating an all aspect user experience. Founded in 2010, the company is currently evaluated at over US$10 billion and has over 3000 employees.