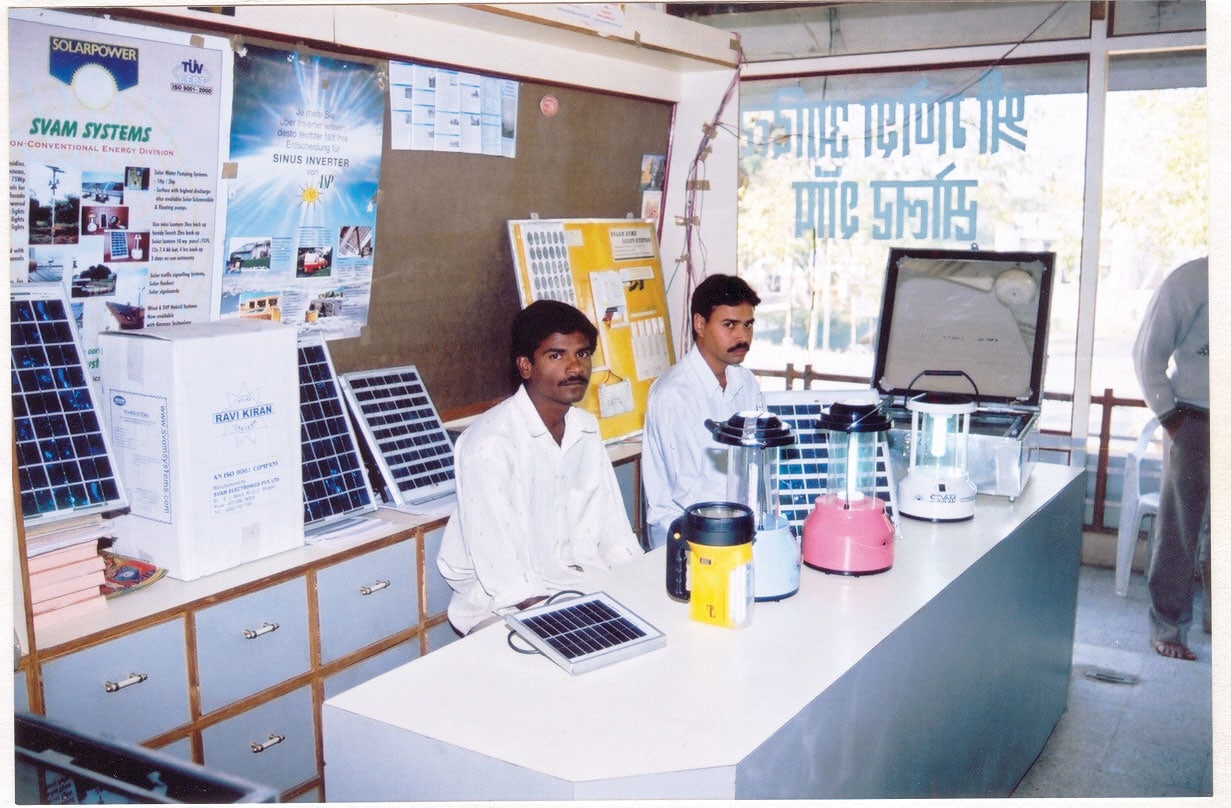 While MNRE’s retail initiative has not been very fruitful, with many Akshay Urja Shops rendered non-functional, several solar manufacturers and traders have come up with innovative ways to sell solar products

Wednesday, June 10, 2014: Tarun Kapoor, joint secretary, Ministry of New and Renewable Energy (MNRE), recently said at a seminar that India’s lack of retail outlets for solar products is hampering its sales to a large extent. “We need to develop a mechanism wherein solar products are available in the open market so that consumers can buy these products easily,” said Tarun Kapoor.

According to the manufacturers, though solar products such as lanterns, emergency lights, PV modules, water heaters, etc, are available at the retail shops both in cities and villages, their numbers are quite less. For example, in Delhi, such products are available at shops in electrical markets like Chandni Chowk.

Till now, the government was solely responsible for boosting the use of solar products. But today, observing the demand for these products, particularly in rural areas and regions where power outage is rampant, manufacturers are either opening their own retail shops or are tying up with retail outlets. These products are usually available in retail shops that deal with electrical products.

“Since solar products do not get categorised as part of consumer electronics, we cannot expect them to be available at the typical consumer electronics shops. Although there are retail shops in cities and villages, their number is quite meagre. But with the demand rising, the number of such shops will grow,” says Dr Satyendra Kumar, chairman, Saurya EnerTech. “Manufacturers are delivering their products to the market through their distributors, who are taking them to the retail shops. Retailers also approach the manufacturers directly for such products,” he adds.

In order to make solar energy products easily available and to provide easy after sales repair services, in 1995, MNRE established the Aditya Solar Shops, which were later renamed as Akshay Urja Shops, in major cities. These shops were established by the state nodal agencies (SNAs), manufacturers’ associations and some NGOs. Later, private entrepreneurs were also allowed to establish these shops.

According to Dr Satyendra Kumar, the Akshay Urja Shops failed to perform well. Many of them are either not doing good business or have closed down. For example, the Akshay Urja Shop that was set up near Madras Hotel in New Delhi has now closed down. The government is seeking applications to open this shop again. In many other cities and towns like Warangal, Jaipur, Bhopal, Dehradun, Guwahati, Patna and Chennai, and some districts in Uttar Pradesh and East Sikkim, these shops have been closed.

“Manufacturers find it difficult to be a part of this scheme as the parameters that need to be fulfilled are so tough that quite a number of them do not qualify,” says Dr Satyendra Kumar.

Essmart Global has converted many local kirana shops into retail shops for solar products. Essmart buys products like solar lanterns and water filters in bulk from manufacturers, runs a sample test on them, and then places them at kirana shops for local customers to access these products. The owner of the kirana shop gets 8-10 per cent from the profit margin.

Bengaluru-based Anu Solar Pvt Ltd, a leading manufacturer and trader of solar products, has opened several solar retail shops. Called Anu World, these sell various products ranging from solar water heaters and solar powered calculators, to caps with fans that run on solar power and solar power-based storage batteries and inverters. These stores sell the products at MNRE subsidised rates, as the company is a channel partner of MNRE.

In an innovative move, Su-Kam Power Systems has tied up with Dhampur Sugar Mills to sell solar products in rural pockets across Uttar Pradesh (UP) and Uttarakhand. Su-Kam’s products will be sold at ‘e-haats’ run by Dhampur Sugar, which is a leading integrated sugar company in India. E–haats are retail outlets present in over 350 villages in UP and Uttarakhand, and are one-stop shops for agricultural equipment, bio-fertilisers, soil testing and other agri services.