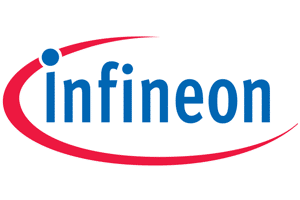 Thursday, August 21, 2014: Infineon Technologies AG and International Rectifier Corporation has announced that they have signed a definitive agreement under which Infineon will acquire International Rectifier for US $40 per share in an all-cash transaction valued at approximately US $3 billion. The acquisition combines two semiconductor companies with leadership positions in power management technology. By the integration of International Rectifier, Infineon complements its offerings and will be able to provide customers with an even broader range of innovative products and services. Infineon will also benefit significantly from greater economies of scale as well as a larger regional footprint.

Oleg Khaykin, President and CEO of International Rectifier, says: “This transaction provides significant value to our stockholders and opens new strategic opportunities for both our customers and employees. By combining two complementary providers in power management solutions, International Rectifier will benefit from Infineon’s products and technologies, manufacturing and operational excellence and greater R&D scale.”

The International Rectifier Board of Directors and Infineon’s Supervisory Board have approved the transaction. The closing of the transaction is subject to regulatory approvals in various jurisdictions and customary closing conditions, as well as approval of International Rectifier stockholders. The transaction is expected to close late in the calendar year 2014 or early in the calendar year 2015 subject to regulatory approval.

The acquisition is expected to be accretive to pro-forma earnings per share (EPS) already in the fiscal year of closing. Synergies are expected to drive significant accretion going forward, building on International Rectifier’s existing successful operational restructuring. In the second full fiscal year of operation after closing, International Rectifier’s margin contribution is expected to be at least in line with t Segment Result margin over the cycle. As such, Infineon maintains its target of 15 percent average-cycle Segment Result margin.

The acquisition is expected to be accretive to pro-forma earnings per share (EPS) already in the fiscal year of closing. Synergies are expected to drive significant accretion going forward, building on International Rectifier’s existing successful operational restructuring. In the second full fiscal year of operation after closing, International Rectifier’s margin contribution is expected to be at least in line with Infineon’s target of 15 percent Segment Result margin over the cycle. As such, Infineon maintains its target of 15 percent average-cycle Segment Result margin.

Infineon will fund the transaction using cash-on-hand and fully underwritten credit facilities of Euro 1.5 billion in total. Upon closing of the transaction, Infineon’s capital structure should stay well within the previously communicated targets of 30 to 40 percent gross cash-to-revenue, no more than 2x gross debt-to-EBITDA and a positive net cash position.

The transaction will result in a broad range of products creating a comprehensive provider in the market for silicon-, silicon-carbide- and gallium-nitride-based power devices and integrated circuits (ICs).

The integration of International Rectifier will generate economies of scale through optimization of the combined entity’s operating expense structure and through the acceleration of the ramp-up of Infineon’s leading 300-millimeter thin wafer manufacturing capability.

Infineon will also have a much broader and stronger regional scope. International Rectifier has a strong presence in the US, the important center of innovation especially in the Connected World, and will also help to improve Infineon’s position in Asia. The increase in exposure to the distribution channel will allow Infineon to meet the needs of a broader range of customers.