In a YOY comparison, solar power generation in Q3 of this year increased to 8,399 MU when compared to 5,324 MU in Q3 of previous year 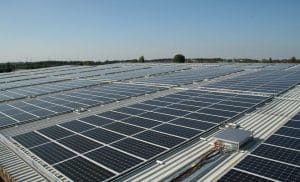 It is difficult to say if India would be able to reach the target of generation of 100 gigawatts of solar power by 2022, set by Prime Minister Narendra Modi, but the good news is that solar power generation in the country has increased substantially over the past few years.

According to the data released by the Central Electricity Authority (CEA), solar power generation in the third quarter (Q3) of calendar year (CY) 2018 increased by 58 percent year-over-year (YoY) to 8,399 million units (MU) when compared to 5,324 MU in Q3 CY 2017.

However, CEA figures suggest a 12 percent decline in solar generation from the previous quarter.

The Jawahar Lal Nehru Solar Mission was started in 2010. To reach the set target, solar generation has to be increased four times in the coming four years.

The Prime Minister has taken two laudable steps towards achieving this target. First, the government is proactively acquiring land required for these projects. Second, he has established the Solar Energy Corporation of India (SECI) to buy electricity from solar plants and sell to the consumers such as the State Electricity Boards.

The Alliance plans to assist member countries in designing policies for promoting solar power, establishing standard specifications for equipment such as solar panels, mapping of potential locations for solar farms and provide training to the connected persons. 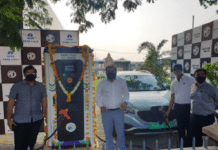