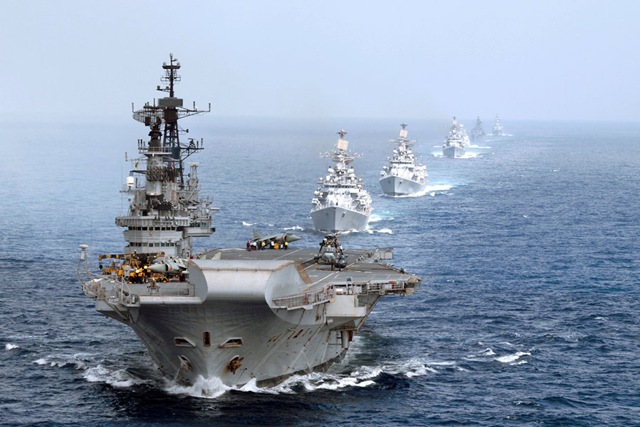 Indian Navy has now come forward and has said that they will be using 21 MW of solar energy in order to reduce carbon footprints. Indian Navy will also looking at tapping the energy of oceans for power generation, a statement said.

In order to achieve this feat the navy has pledged to use 1.5 per cent of its work budget for generating renewable energy, it said in a statement on World Environment Day.

An official statement said the navy has set itself an “aggressive target” of 21 MW solar power installation, to be implemented in three phases. The initiative is in line with the National Solar Mission for achieving 100 GW solar system installations by 2022.

“Under this scheme, solar projects are being undertaken at various naval stations across all Commands. Naval stations, with scarce available land, have resorted to the deploying rooftop solar photo voltaic (PV) panels,” the statement said.

Indian Navy is in talks with the Ministry of New and Renewable Energy (MNRE) in order to know the best way to explore the possibility of harnessing the renewable energy from oceans.

“Towards this, in consultation with pioneers in the field and the MNRE, feasibility of exploiting ocean thermal energy and wave energy as sources of power, are under discussion,” the statement added.