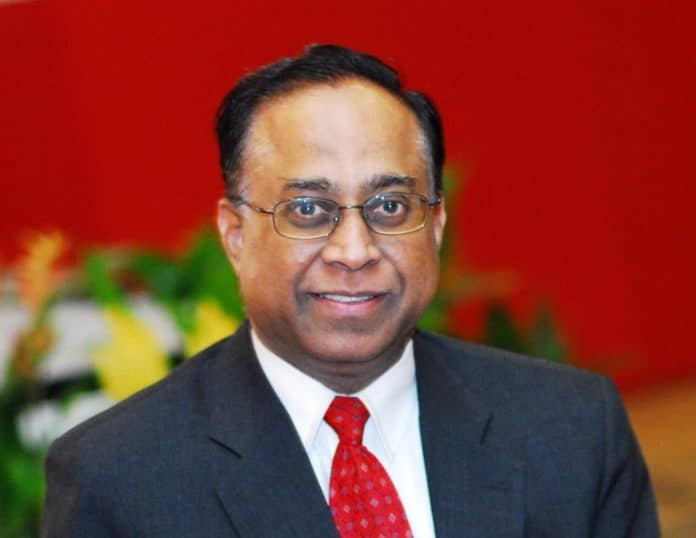 With local electronics output exceeding imports for the first time, India’s electronics ecosystem looks very promising. In an interaction with Baishakhi Dutta of Electronicsb2b.com, Vick Aggarwala, president and CEO of Supreme Components International Pte Ltd (SCI), a Singapore based component distributor shares his take on the current scenario of the Indian electronics industry and the growth opportunities he envisages in the coming days. Excerpts follow…

Q) How has India been faring as a business destination compared to global markets recently?
In May of 2018, tariffs were imposed by the U.S. on China. The percolated effect on the ground started being felt in October-November of last year in the industry. It went on and on as tariffs got further increased; not withdrawn or reduced. The US and China are the top two world economies and have almost 75 percent of the total available market of semiconductors in the world. Components are roughly a 3/4 trillion-dollar industry. Globally, the snowball effect has spread to the rest of the world, including India.

Only the U.S. is relatively doing well right now. The rest of the world is doing badly. Japan, Korea, China, Germany, England, France, Italy, and India. India has two situations: one is their own internal issues and the other is because of the U.S. – China trade war. This has caused a slowdown in the Indian business. But I am investing in India because I foresee that it offers a tremendous potential to grow and expand.

Q) What are your thoughts on the recent corporate tax cut?
Recently the corporate taxes got reduced, which is down to 25 percent and 15 percent for manufacturers, which is the second-lowest in the world. Number one is Ireland which is 12 per cent. And then there are some Asian and European economies which are around 15 percent. So, India is at par with the world in terms of tax rates. This is going to help India because countries like the USA are looking to make investments in countries other than China. India with the English language speaking population, the western legal system, growing infrastructure, and factories moving out of China, definitely offers a great opportunity to encash upon.

Q) What potential does India hold as an electronics business market?
USA, Korea, Japan, and Taiwan are looking to move out of China so that the country of origin can change thereby reducing the tariffs for incoming shipments into the USA to be zero. Countries being looked at are Vietnam, Myanmar, Thailand, and India. There is a tremendous electronics business potential in India because of the young population, infrastructure build-up, GST introduction, and the country getting more and more IT savvy.

Q) According to you, which domain has seen an uprise and which domain has seen a downfall?
I think industrial is still okay. Military and defense are also okay. The consumer electronics industry is down. Automotive is also down. Cell phones and the smartphone market is not good. We have seen some downfall in these segments. But this is temporary.

Q) Any solutions that you have in mind regarding the areas that should be worked upon?
The infrastructure is poor. The import and export clearance regulations in India are very cumbersome. It takes forever to release shipments. Corruption is still going on. It could take three to seven days for clearing of any objection/s by authorities. In Singapore, shipments get released in a matter of a few minutes/hours & not days. It takes a lot of time in India. Businesses cannot work in such an inefficient environment. Supreme Components International (SCI) is “obsessed about adding value at the speed of thought for our customers and suppliers”. Because of delayed customs clearances, the speed of thought cannot be enforced, and we won’t be able to develop customers and provide them world-class service.

GST is a fantastic thing that could happen to India. It is effective now and is going to make a difference for them. India needs to remove red-tapism and take care of infrastructure, roads, railways and most importantly growing business which should be done with ease.

Q) So going forward, do you have any further investment or expansion plans for the Indian market?
Yes. We are already physically present in three locations i.e, Bangalore, Pune and Mumbai. We want to expand by setting our office in Delhi to cover the North Indian customers.

Q) Do you think getting customers is more difficult or getting the right talent pool is difficult in India?
Getting the right talent pool who have a global mindset, a global way of doing business, with strong office and business ethics is a difficult challenge. We look for people who are dependable, aggressive, make things happen, positive mind and have a strong appetite to be successful with fire in the belly.

Q) Do you see online and e-commerce gradually taking over brick and mortar businesses?
It is going to change but not soon. The traditional way of doing business will continue. Personal relationships and human touch are very important. Whether you are in the 21st century or 24th century, human touch and relationship building will always be there. There must be a personal touch.

At least for the next three to five years, I don’t see brick and mortar going away. Maybe 10 years down the road one could start experiencing the real significant e-commerce impact. R&D engineers, hobbyists, designers, low volume-high mix business is being enjoyed through e-commerce efforts currently. But when it comes to the volume business negotiations and personal touch is important.

I had a vision similar to prime minister Narendra Modi’s, to...