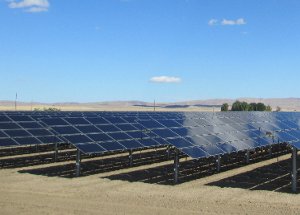 Thursday, February 13, 2014: India defended its purchasing rules for a solar-power program that are the subject to complaint at the World Trade Organization, on Tuesday. The complaint alleges discrimination against US suppliers. India claims that the local-content provisions of the purchasing regulations were limited and in complete compliance with global trade rules, adding, that since power produced by the solar projects will supply state-owned distributors.

US filed a WTO complaint on Monday, stating that India was unfairly restricting access to US manufactures and suppliers in moving ahead with large-scale solar-power program in its second phase. Washington has earlier filed a parallel complaint last year, which linked to the previous round of bidding on solar projects. Both cases will move to WTO settlement if the two sides are not able to reach an agreement.

The complaint is not likely to affect India’s plans to expand solar-power generation capacity also called the Jawaharlal Nehru National Solar Mission. India aims to increase its solar power capacity to 20,000MW by 2022. Reports suggest that many US companies are suppliers in India and many have bid to build projects in the current round of expansion of solar energy in India.