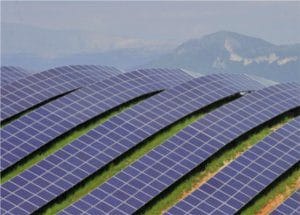 February 19, 2015: The Hinduja Group, with businesses in power and automobiles along with financial services, has announced to enter solar power business in India to generate a 1000MW capacity of solar power, in phases. The group has strategised to execute only short-term greenfield opportunities in India and lay more focus on acquisitions for growth.

As reported by the Financial Express, Gopichand P Hinduja, co-chairman of the London-based Hinduja Group of Companies, said that the company aims to become a major solar power producer in India and this has been the company’s integral plan to make an investment of $10 billion in the power and infrastructure sector in the country. The solar power generation plan as conceived by the Hinduja Group may require a total investment of Rs 55-60 billion.

The company will be the majority holder (holding company) of the joint venture being formed for this purpose. The Group will hold 51 per cent or more equity of the proposed solar power joint venture.

While speaking to Financial Express, GP Hinduja said, “We have shortlisted two companies, and now we will have to select one (for the JV). The states and land parcels for the project have been identified.”

The Hinduja Group is looking at making investments in the states like Gujarat, Rajasthan and Andhra Pradesh in order to set up solar power generation plants.