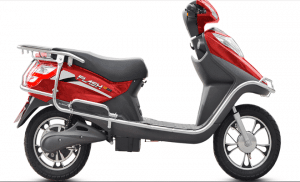 Hero Electric is planning to expand in the international market with its four e-scooter models – Flash, NYX, Optima and Photon. The company is looking at expanding its business by exporting the models in Asia and Africa regions.

However, Naveen Munjal, Managing Director, Hero Electric, said that the company’s focus would be more on the domestic market and the overseas shipments would be just a fraction of the total units produced.

The scooter manufacturer sold around 30,000 electric two-wheelers in the domestic market in last fiscal and the aim now was to double the number. The company has lined up a few goals to achieve and some of these include – retail over one lakh units by 2020-21 in the country, double the existing 450 dealerships to 900 and launch at least 2 new electric scooter models every year.

The government’s mission of electric mobility is a new concept and manufacturers in India and abroad have been trying to shift to EVs, thereby creating a whole new market. Automakers have been facing a lot of challenges in the process of implementing their EV technologies. Similarly, Hero Electric has also faced its own share of problems. Some of these include lack of charging infrastructure and a proper EV ecosystem. It is also facing difficulties due to an absence of long-term action plans by the government.

All the four models of Hero Electric are equipped with a lithium-ion battery, which offers a range of 60 km. It can be fully charged within 4-5 hours. To power the e-bikes, the makers have used electric motors ranging from 550W on the base model to 1000W on the top-spec model.

Hero has offered a 3-year warranty on the e-scooters. Additionally, the features include a telescopic front suspension, an all-digital instrument console, an anti-theft alarm system with a remote lock and two power modes.