In addition, rise in demand for electronic devices as well as government initiative to reduce pollution level is fuelling the market growth. 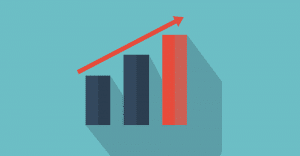 The Indian lithium-ion battery market is expected to expand at a CAGR of over 23 percent from 2018 to 2025, according to a new market report published by Qurate Business Intelligence.

Growth in the automobile industry and rise in demand for electronic devices is mainly driving the Indian lithium-ion battery market, the report said.

The lithium-ion batteries are now widely implemented as the power or energy source for everything from portable electronics to electric vehicles and energy & natural resources. Increasing adoption of smartphones, tablets, wearable, toys, power tools, personal care devices, payment devices and digital cameras among users have led to improved demand for lithium-ion batteries in India.

Increase in disposable income has led to rise in demand for electronic devices such as smartphones and tablets, fuelling the growth of lithium-Ion batteries in India.

The Indian automobile sector is one of the most prominent sectors of the country, accounting for over 8 percent of the national GDP. Growth in the automotive sector has led to a surge in demand for electric vehicles which has also supplemented the growth of lithium-Ion batteries.

In addition, a rise in government initiative to reduce pollution level is driving the Indian lithium-ion battery market.