In view of the growing incidents of financial cybercrimes, including frauds using cards and e-wallets, Home Minister Rajnath Singh has ordered strengthening of the surveillance and legal frameworks to check the menace. 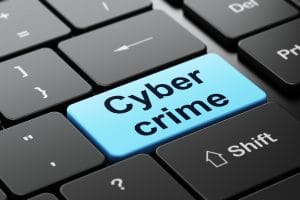 The issue came up at a high-level meeting where the strategies being adopted to check financial cybercrimes were discussed in detail.

Representatives from various agencies made presentations and appraised the Home Minister of the current trends of financial cybercrimes in the country and the steps being taken by their agencies to address this challenge, a Home Ministry spokesperson notified the media.

Concerned agencies and representatives of certain states highlighted the steps being taken to arrest the growing trend of cybercrime in the financial sector.

It has been decided to expedite the implementation of cybercrime prevention initiatives in these agencies towards this end along with measures required to acquire critical cyber forensics equipment. It was also decided that an inter-ministerial committee may be set up to identify action points and monitor the implementation.

Capacity building of various stakeholders such as police officers, judicial officers, forensic scientists as well as officials in the banking sector has been identified as a key measure.