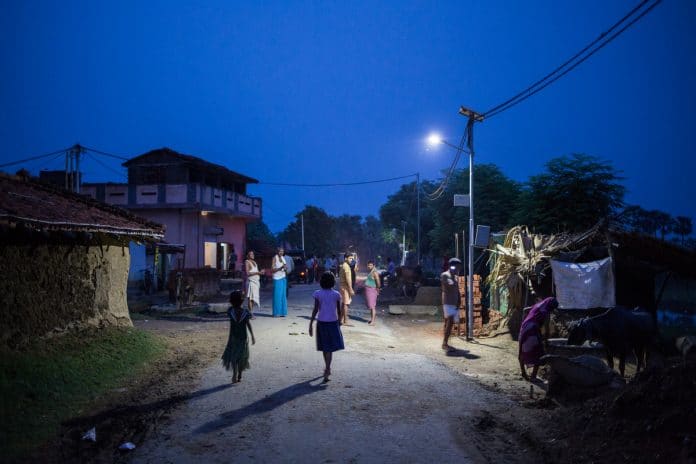 In the first of a kind attempt, the Government of India, through the Energy Efficiency Services Limited (EESL) under the Ministry of Power has announced retrofitting of 1 million conventional street lights with LED lights in Gram Panchayats of seven districts in Andhra Pradesh. 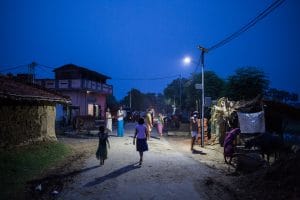 In the first phase, the replacement will be undertaken in gram panchayats of the districts of Guntur, Prakasham, Nellore, Kurnool, Kadapa, Ananthapur and Chittoor.

This replacement drive in rural areas will help the gram panchayats to cumulatively save approximately 147 million units of electricity annually and lead to reduction of 120 million tonnes of CO2.

The entire upfront capital cost of this project is being funded by French Development Agency Agence Française de Developpement (AFD). As part of the project, EESL would be carrying out the entire annual maintenance and warranty replacement in these gram panchayats for a period of 10 years.

Earlier, Chief Minister Andhra Pradesh, N. Chandrababu Naidu had stated that approximately 3 million conventional street lights across villages in the state would be replaced by LED street lights by 2018.

According to ANI, N. Chandrababu Naidu said that through the installation of 1 million LED street lights, EESL has assured the State government of approximately 59 percent savings in electricity, which translates to annual monetary savings of Rs. 882 million.

Andhra Pradesh was the first state to seek assistance from EESL to replace conventional street lighting with LED lighting in Visakhapatnam, after the cyclone Hudhud caused extensive damage to the then existing street lighting infrastructure.

Ever since then, EESL has installed over 5,90,000 LED street lights in the State. These installations have led to an annual savings of over 7.8 crore kWh, translating into an annual reduction of over 65,000 tonnes of CO2.

Nationally, over 2.3 million conventional street lights have been replaced by LED street lights in 21 States of India. As per the 18th Electric Power Survey of Central Electricity Authority (CEA), the estimated energy consumption in Indian public lighting sector is 8478 M KWh in 2012-13 and is constantly growing at a CAGR of seven percent.

Server Market in India Failed to Recover in 2020