The government plans to set up a committee for an institutional framework on large-scale adoption of electric vehicles in India as a viable clean energy mode particularly for shared mass transport to help bring down alarming levels of pollution in big cities. 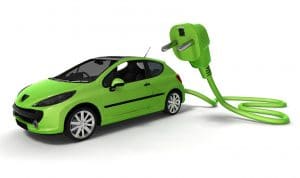 According to officials, government think-tank Niti Aayog has sought comments from ministries, including heavy industry, environment, road, transport and highways, and power on the issue and is in the process of chalking out the nitty-gritties of the framework.

“It (framework) is at a primary stage, the discussion is on. We have given our comments on it. The final decision is yet to be taken,” top sources in the heavy industry ministry told PTI.

The panel will be tasked with issues related to electric mobility, including setting up of charging stations across the country, especially in big cities, manufacturing of lithium ion batteries in India and subsidising the cost of electric vehicles on a long-term basis until their cost of production comes down to boost their sales and encourage automakers.

The Centre has recently invited proposals from cities with a population of above 10 lakh for extending grants under the FAME India (Faster Adoption and Manufacturing of Electric and Hybrid Vehicles in India) scheme to promote large-scale adoption of EVs (electric vehicles) in multi-modal public transport.

With an aim to promote the eco-friendly vehicles, the government had launched the FAME India scheme in 2015 offering incentives on electric and hybrid vehicles of up to Rs 29,000 for bikes and Rs 1.38 lakh for cars. The scheme is currently running in pilot mode. Earlier, Railways Minister Piyush Goyal, who was power minister at that point, said the government is working on a road map to ensure all-electric car fleet in the country by 2030 reported India Today.